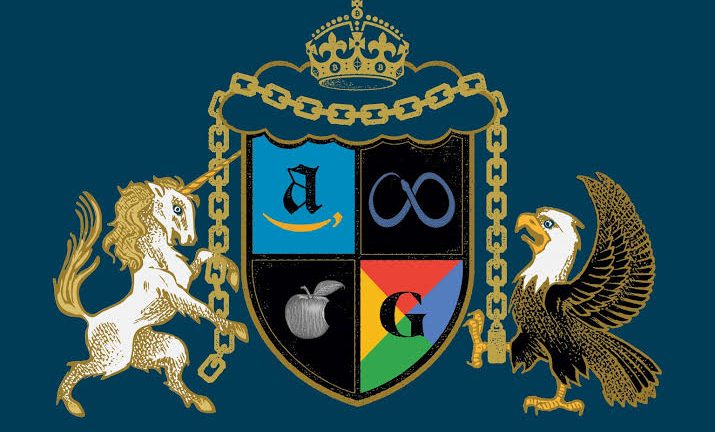 Lehdonvirta, Vili (2022). Cloud Empires. How Digital Platforms are Overtaking the State and how we can Regain Control. Cambridge, Massachusetts: The MIT Press, 283 pages.

Vili Lehdonvirta is one of the rare academics who has not only the ambition (many do, of course) but also, more importantly, the professional, intellectual, and cultural baggage necessary to understand digital platforms and how public policy could or should react to them. He is a professor of economic sociology and digital social research at the Oxford Internet Institute, University of Oxford. Therefore, he is particularly qualified to comment on the adverse effects of digital platforms on society and to propose potential ways to reign them in. As a former member of the European Commission’s Expert Group on Digital Transformation, he has a unique insight into the issues the EU (and other countries) is dealing with and, especially, the way it is struggling to come to grips with the rise of these global digital non-European platforms. As a resolutely interdisciplinary thinker, he certainly draws on the most relevant, but regrettably more or less defunct, intellectual traditions: heterodox economics, in particular economic sociology, but also science, technology, and society (STS) studies. Also, he brings a unique Finnish approach to all this. At the interface between Russia, Asia and Europe, this translates into some unorthodox, intriguing and, at times, slightly irreverent insights and statements.

This review is structured as follows: In the first section, I will expound on the author’s underlying ideas and assumptions, as he does not do this very explicitly in his book. In the second section, I will follow the structure of his book and present some of his key lessons. In the third section, I will discuss his more analytical conclusions.

Whereas most of the current authors of digitalization work with the implicit assumptions that there is a close relationship between the governance of the physical and the digital realities (spaces), Lehdonvirta sees a parallelism between the evolution of the two. There is, on the one hand, the physical reality (or space) where producing and consuming goods and services has to be coordinated (by government). On the other hand, there is the parallel digital reality, the cyberspace, where the same will eventually occur as well.

According to Lehdonvirta, this is basically because, both in the physical and in cyber-space, governance has to respond to exactly the same social challenges, specifically the challenges of coordinating or arbitrating actors with their own interests. Yet, astonishingly, the author never uses the word “coordination” that stems from institutional economics. Instead, he operates with more sociological and political concepts of balance of interest or balance of power. Although nation states and their respective governments have evolved over time to develop institutions (rules and regulations) for the balancing of the interests of consumers, entrepreneurs, and workers, similar rules have yet to be developed for the digital platforms that operate in cyberspace.

In short, we are mistaken to consider digital platforms as being businesses that operate in a market. Rather, they are “governments” or “virtual states”, with the only difference being that their leaders “enjoy immense power without a commensurate level of accountability” (p. 3). If they have any business, it is the business of rule-making whose purpose, if unchecked, is solely to increase their own control, power, and profits. Also, there is no market for platforms; rather, platforms are themselves organizing markets, just as governments are: “platforms are institutional frameworks, and the choice between alternative institutional frameworks is not an individual choice that can be resolved on a market, but a collective choice” (p. 9). They set the rules for the way the “market” actors or participants, including the producers, the consumers, and the laborers have to interact with each other. Therefore, platforms are not as exceptional as they claim to be, and they are certainly not an alternative to the state. There is also no point in attempting to regulate them, as they are themselves the “regulators” of the markets they have created. The best governments can do is to nudge them into setting the rules in such a way that their activities will be more generally accepted by the different actors of the “markets” they command.

The book is structured into ten chapters, each illustrating one of the points Lehdonvirta tries to make by way of lessons learnt from some of the most important personalities in cyberspace. This makes the book easy to read but, at the same time, somewhat confusing about the underlying arguments. Clarity comes only in the conclusion.

I summarize here only the four chapters that best illustrate Lehdonvirta’s underlying argument, specifically that platforms behave like the feudal states of the late Middle Ages did before the emergence of the modern (more) democratic nation state, albeit now at a (potentially) global level. Four other chapters in his book make similar arguments with the examples of labor markets (Chapter 5), online jobbing (e.g., Digital Turk, another Amazon platform company, Chapter 9), app development (Chapter 10) and online education (Chapter 11). Two chapters do not really fit into the book’s overall narrative but are nevertheless very interesting and relevant. In these chapters, Lehdonvirta makes the argument that technology cannot replace governance, be it in the case of the darknet in the example of online drug trading (Chapter 4) or in the case of cryptocurrencies (Chapter 8); Lehdonvirta calls these cases the failed “quest to replace politics with technology”.

Although the bulk of the book is rather anecdotal, the concluding chapter (Chapter 12) is analytical. In it, Lehdonvirta draws the main lessons from his own learnings, as described in the ten case studies, beginning with his understanding of the “big betrayal” of the original Californian free-Internet-market dream. This is the original dream of the Internet freeing, once and for all, the markets from the tyranny of governments and, by doing so, delivering a truly global democratic village of netizens. This dream, he says, was illusionary to begin with, and might even (my addition) have been actively pushed by the tech companies to obfuscate the issue, thus enabling them to be free to develop themselves in the shadow of government. Nevertheless, digital platforms are institutions and extremely powerful ones for that matter, i.e., rules that have to be elaborated over time and to be enforced by an authority. Indeed, platforms have come to “assume for themselves the role of the coercive authority that they had been trying to abolish” (p. 207). As such, platforms have come “to function as infrastructures that help internet users to buy, sell, work and pursue interactions” … “analogous to the infrastructures that were set up by states and market towns that multiplied trade and innovation in early modern Europe” (p. 209). “The same forces that once favored the rise of the state now led to the rise of the platforms” … “A lot of what technology companies now do is thus in a certain sense just statecraft” (p. 210). Even Mark Zuckerberg had noted that Facebook has ended up “more like a government than a traditional company” (quoted in Lehdonvirta, p. 211); except that the Facebook government is not accountable to the netizens it governs.

Using this analysis, Lehdonvirta assesses the current efforts made by both the US government, and even more actively by the EU, to reign in the platforms. The three following assessments are certainly worth considering and can be seen as the main three takeaways from Lehdonvirta’s book:

As this review is a summary to help the reader understand the essence of the book without having to read it, my aim is not really to make a critical analysis. Still, I find that Lehdonvirta’s book offers intuitive insights, rather than academically solidly grounded analyses. It is also weak in terms of practical implications and policy recommendations. Nonetheless, it is an excellent book.

This edition of the Digital Governance Book Review was authored by: Matthias Finger, Emeritus Professor, C4DT

Image credit: Cover of Cloud Empires. How Digital Platforms are Overtaking the State and how we can Regain Control. by Vili Lehdonvirta, published by the MIT Press.